Peridot is an olive green color stone which is also known as the birthstone of August and zodiac stone for constellation Libra.  Peridot, when put under artificial light gives a nice green glow that makes it such an adorable gemstone. You can’t resist its charms!

The name Peridot comes from ‘faridat’, an Arabic word which means gem and its use can be traced back to the second BC when the Egyptians bestowed upon the gem for its luminance properties. It was believed to have shielded its wearer from terrors. This stone comes in color ranging from yellowish green to dark lime green and the darker the color, the more precious the stone is deemed.

In the early days, Peridot was found in the Red Sea of St Johns and today, we still find small quantities of the precious stone there. In Arizona, the San Carlos Apache reservation is another significant source of Peridot and is mined by the Native Americans. New Mexico, Pakistan and China are also places one can find huge quantities of this valuable stone although the Pakistan originated ones appear to be more popular.

While Peridot has been confused with other gemstones due to its likeliness in color (particularly emerald), it actually is different in color. However, many jewelers still refer to it as ‘evening emerald.’ It is considered the most unique and scarce gemstones and a perfect choice for men’s jewelry. Interestingly, Peridot is excellent for a couple’s 16 years of marriage anniversary.

Why anyone would choose Peridot:

What more? Peridot is said to have helped dreams become reality and has been blessed with emblem of fame, might and energy. Today, we find this stunning stone being used in medieval churches for decorating treasures in the cathedral. It is quite important to note that the green hue produced by the stone determines its value. A slight shade of brown in the stone lowers the value and brings noticeable flaws.

With its uniqueness in style, beauty and charm, accessories made from the birthstone of August are definitely worth a buy and will make for a perfect gift for years to come.

Those born in July are lucky; when they wear their birthstone, they get to wear ruby. This stone reacts beautifully to being cut and set because it has one of the highest hardness ratings, just shy of diamonds, it is a long-lasting, resilient stone that is difficult to scratch and remains sparkling and clean no matter what type of punishment it’s put through. Love rubies? Here are some interesting facts about this gem:

The ruby has an incredibly long and rich history. They make appearances in the bible, would be given by one Indian family to another in order to promote peace between enemies, and have even played a role in the development of modern electronics.

A ruby’s classic red, slightly blue color is the color of love and affection. Besides being July’s birthstone, rubies are a beautiful stone, almost universally loved for their rich color and remarkable history.

Today, rubies are often worn for fashion, engagement and even medicinal purposes.  It is a traditional wedding anniversary gem for the 15th and 40th anniversaries. Further on in this article, we share a special story of how Ralph decided to buy his wife a ruby ring for his wedding anniversary.

Here are a few reasons why Rubies are so extraordinary:

July’s traditional birthstone is the Ruby.  Rubies are considered to be a precious gemstone because of its rarity in nature. The biggest ruby in the world is 40,920 carats and weighs 8184 grams.  Their rich color and rarity has made them a renowned gemstone to the world for 100s of years.

The word ruby is derived from the Latin word “ruber” for red.   Rubies are composed of the corundum, which is a mineral form of aluminum oxide. The red color is a result of traces of the mineral chromium.  Corundum is the second hardest substance on the Mohs hardness scale and has a rating of 9.

Rubies come in all shades of red but will never be found in any other color because corundum in any other color is actually a Sapphire.  The most desirable shade of ruby is pigeon’s blood which is a very pure red with hints of blue.

Rubies can come in all shapes and sizes and are usually cut using a step or brilliant style. Some rubies are also cabochon cut, which means the top of the gem is smooth and domed.  A very rare form of cabochon cut ruby is a star ruby which reflects the image of a sharp six rayed white star across the top.  This is caused by a natural imperfection, or inclusion in the gem.

Many times, when a couple has been together for 40 years, there are not a lot of unique gifts to give one another that have not already been bought.  However, recently, a customer came into Kranich’s looking for a 40th wedding anniversary gift.  The gentleman said he wasn’t sure what he wanted to get her.   His wife’s birthday was in July, along with their anniversary, so he wanted to find her something really special that would show his love an appreciation for the time they had spent together.  We suggested a ruby, because it was her birthstone and the traditional anniversary gift for the 40th anniversary.

The customer was immediately taken with the idea, because the deep red color of the gem reminded him of the roses she had been caring for in their garden for many years.  He looked at just about every ruby ring we had in the store, but none seemed to capture the sentiment he was looking for in a 40th wedding anniversary gift, until he came across this beautiful ring from Simon G.

Immediately, when the ring was placed in his hand, he declared that it was perfect and that it reminded him of their relationship.  40 years is a long time and like all couples they had seen their share of difficulties, but like the two bands that went apart and around then came back together to cradle the ruby, he had learned that when they pulled together they could overcome any obstacle.  He said that through it all their love for each other helped them make it and their love for one another is represented by the two diamond bands that flow under the ruby.  He said all four rows were together in the beginning and all four will be together at the end.  He then finished by saying, “…And as far as the ruby, I’m trusting what you said about her birthstone and the 40th  Wedding Anniversary gift because I have no idea about that.”  We all had a little laugh and told him we were sure she would like it.  Thanks to Ralph for letting us share his story. 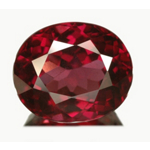 View all of our garnet birthstone jewelry at kranichs.com

Happy Birthday January readers. As I’m sure most of our January born readers are aware, the birthstone of January is the garnet. As yours truly’s mother was actually born this month, I felt it was time I look into some details about this gemstone. Let’s take a look at the history of garnet as January’s birthstone, some properties associated with this precious gem and maybe some suggestions on accessorizing with garnet. 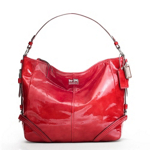 The history of garnet as the January birthstone seems to have gone back for generations. The Latin word granatum malum roughly translating as the original Roman word for pomegranate, which was thought to have the same dark red color as the garnet birthstone lead many believe this is where the crimson jewel got its name. They have been known to be carried by travelers to protect against accidents and some even believe they even may help prevent nightmares. Garnet have even been found in Bronze age burial sites showing that they have been cherished through the rise and fall of civilizations. Their significance to the month of January is believed to be based in poems matching each month in the Gregorian calendar. It isn’t known if the verse below originally appeared in the Gregorian calendar or may have in fact been a clever marketing strategy by Tiffany & Co. where they were published as early as 1870.

By her who in this month (January) is born
No gem save garnets should be worn;
They will ensure her constancy,
True friendship, and fidelity. 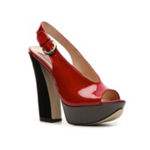 The garnet that most are familiar to jewelry lovers is the deep dark red garnet, almandine
but they can range anywhere from a purplish rhodolite, to a green tsavorite or even an
orange Mandarin spessartite. The January birthstone has a hardness level between 7 to 7.50 on the mohs scale and is commonly cut in round, oval and cushion shapes. They mine garnet in African countries, famously in Russia and even some January birthstones are mined in the United states.

So what to wear with garnet you may ask? It’s all personal preference. How about a designer watch with a deep red strap?
Maybe combine that with a deep red handbag or tech case. 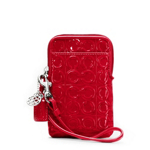 Even a simple pair of red shoes accentuate the deep red color of the garnet. Simply look in most recent fashion magazines to get ideas to complete your dazzling look, perfect for any occasion.

For any questions you may have about birthstone jewelry or for more on any specific piece offered at Kranich’s Jewelers, visit Kranichs.com or call 888.944.4575 and we will be happy to help you.